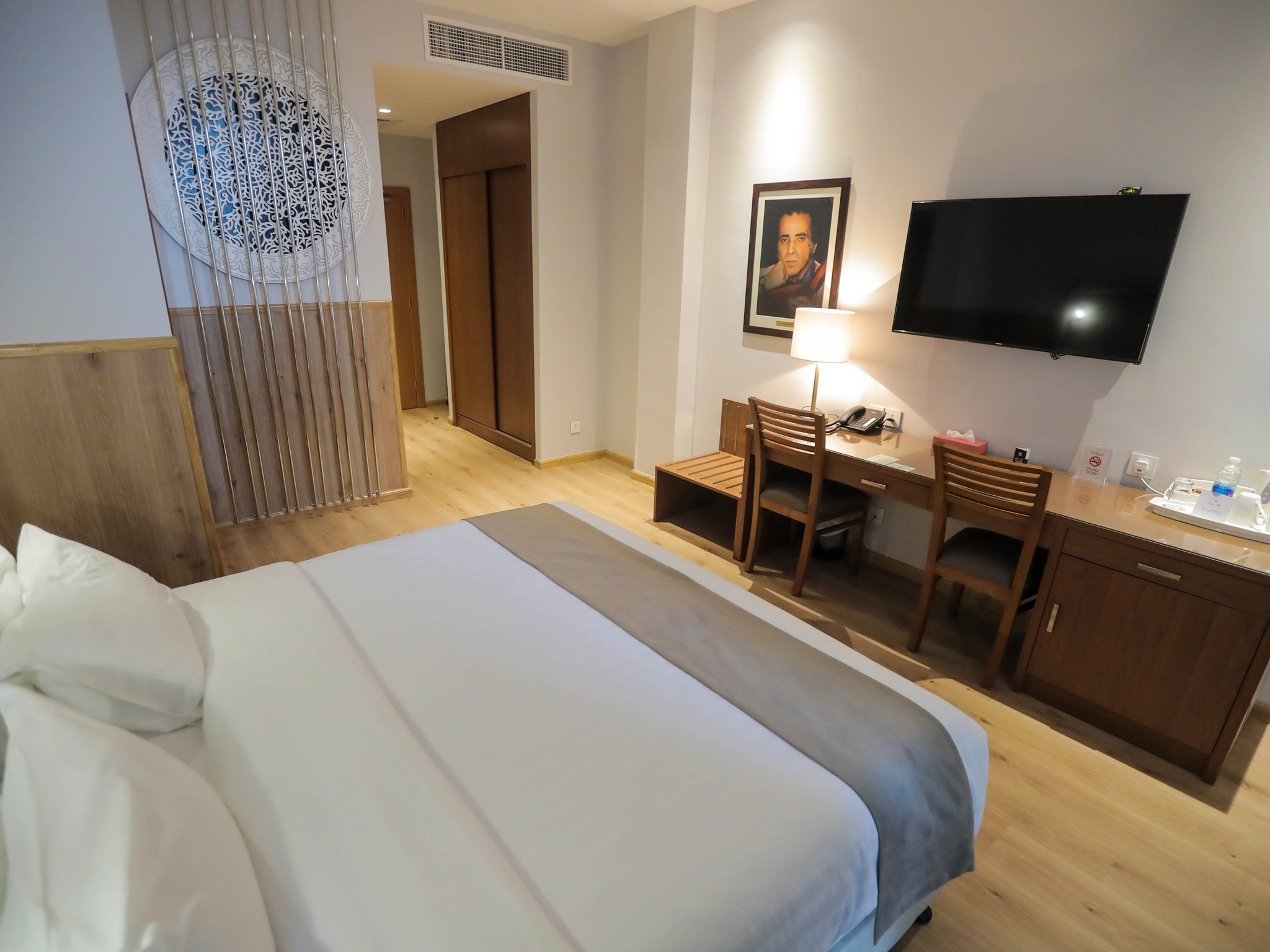 Baligh Hamdi was an Egyptian composer born in the 1930’s in Cairo. Like many of the other virtuosos highlighted in our boutique hotel, Hamdi’s musical journey began at a very young age. He began playing the violin at just nine years old, then the oud shortly after. Although he began his professional career as a singer, his compositions rose to prominence when other performers sang them. His first undeniable hit came in the 1950’s, when he wrote “Hob Eih” for the iconic Um Kulthum. He has also written for many other significant Arabic singers, including Shadia, Najat Al Saghira, Abdel Halim Hafez, Fayza Ahmed, Layla Murad and two of his wives, Sabah and Warda. To underscore his talents are a composer and musician, a wall fixture mirroring the strings of the oud can be found in his room. His bohemian lifestyle also inspired the sleek and simple design layout.