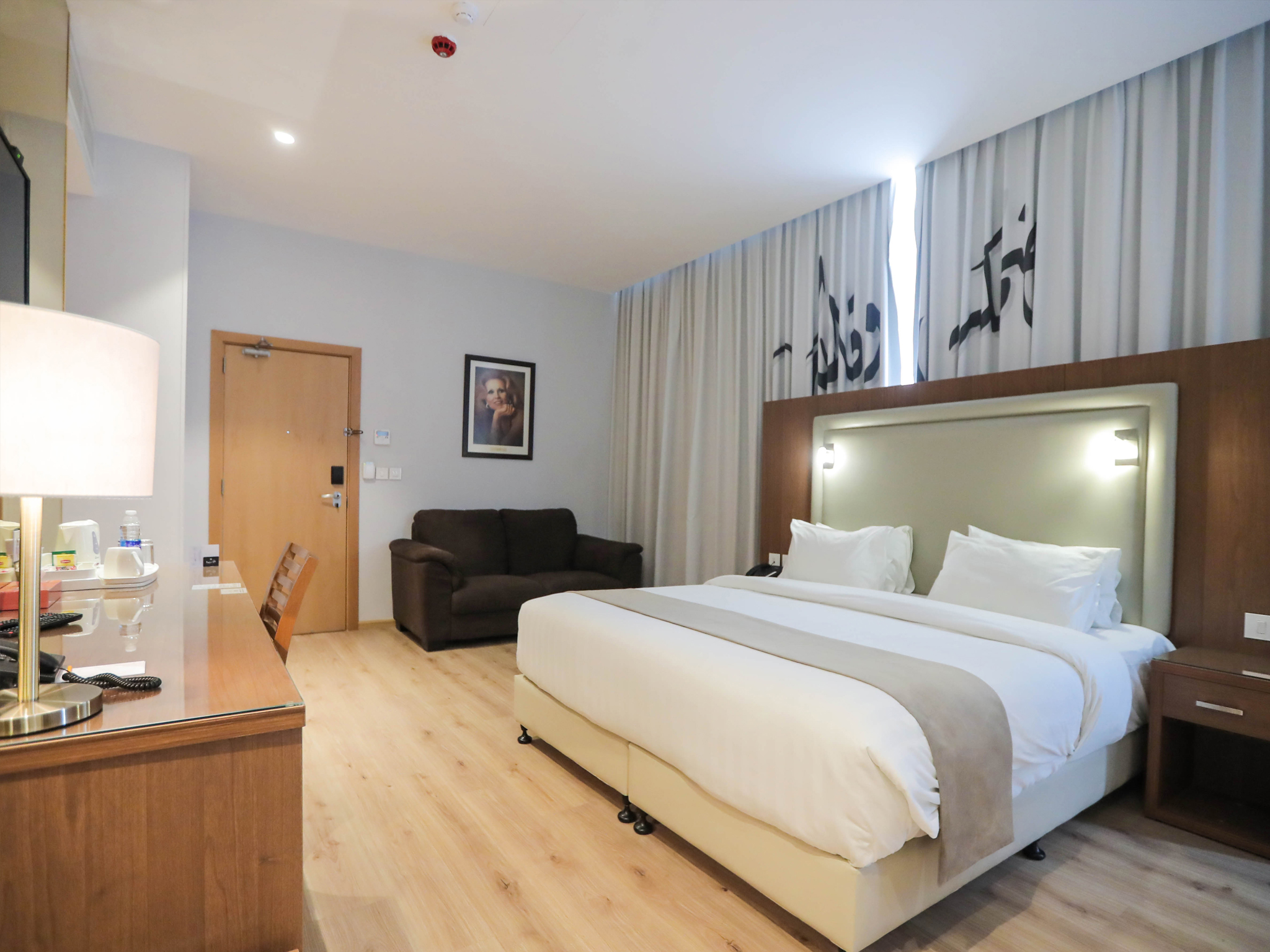 Jeanette Gergis al-Feghali, also known as the musical act, Sabah, was one of the most influential performers from the Arab world. She can be likened to the Madonnas and the Mariah Carey’s of the Western Hemisphere, as she is often heralded as the “Diva of Music”. The Lebanese singer and actress has recorded over 50 albums and starred in around a hundred films. She was not only recognized within the Middle East, having made her mark as one of the first Arabic acts to perform at Olympia (Paris), Carnegie Hall (New York), the Sydney Opera House, as well as the Royal Albert Hall (London). Her personal life was just as eventful as her career, marrying nine times throughout her life. Identifiable by her staple golden locks, the mirror in the room is lined with an opulent gold border to mimic her glowing hair.