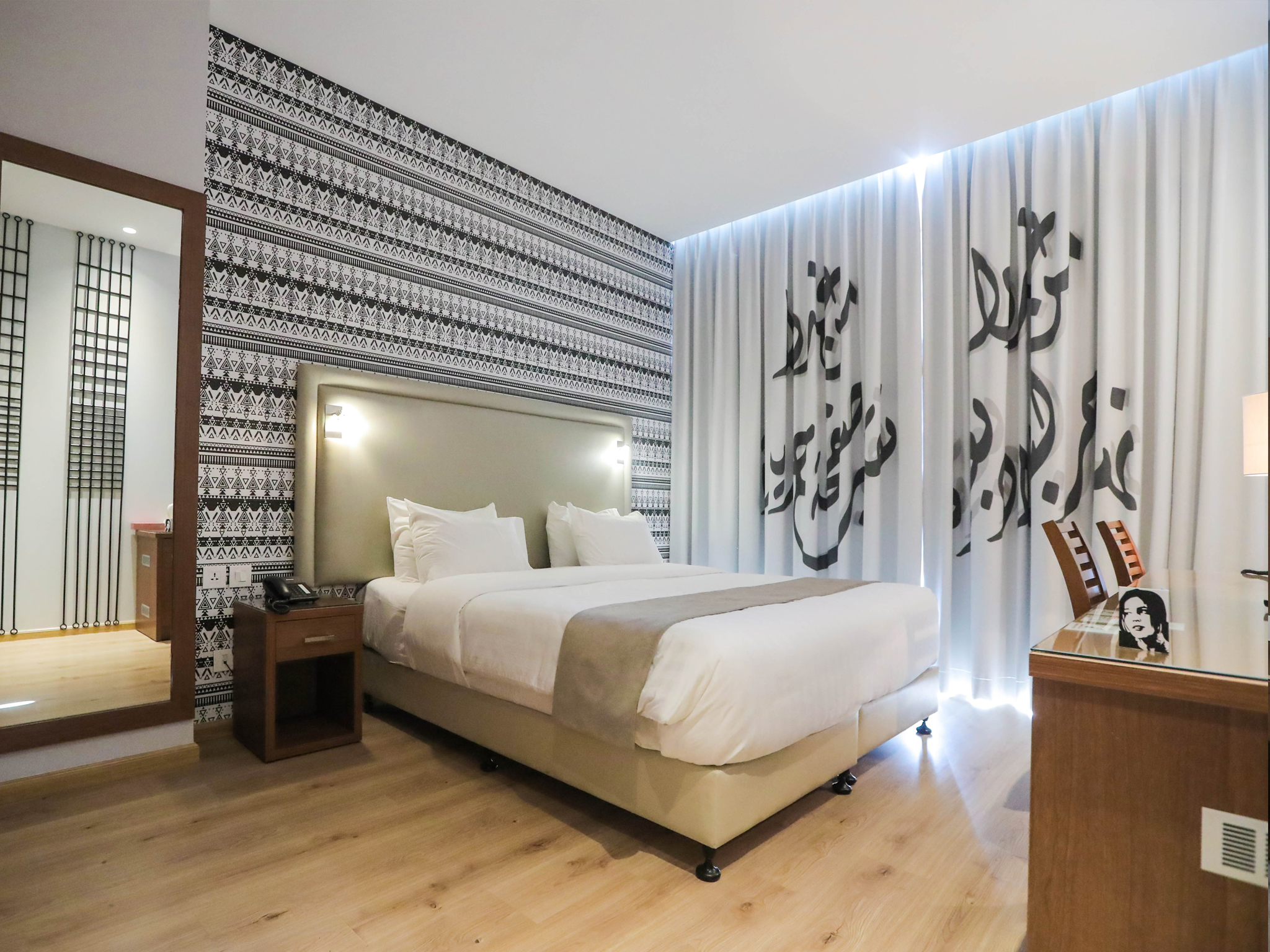 Souad Massi is an Algerian-born musician and performer whose roots come from the indigenous Berber group in North Africa. She rose to fame not only for her work as a singer, but as a political activist and figure. Shortly after receiving widespread recognition for her time in the political rock band, Atakor, Massi was forced to flee Algeria when she began to receive death threats. Known for her genre-bending style, Massi interweaves the musical cultures and conventions of the West (rock, country) and the East (Arabic and African influences).The Berber (or Amazigh) patterns on the back wall highlight Massi’s dedication to preserving her heritage through her music. Moreover, the guitar string metal installations emphasize the ways she combined music cultures by intermingling Arabic songs with a Western instrument.