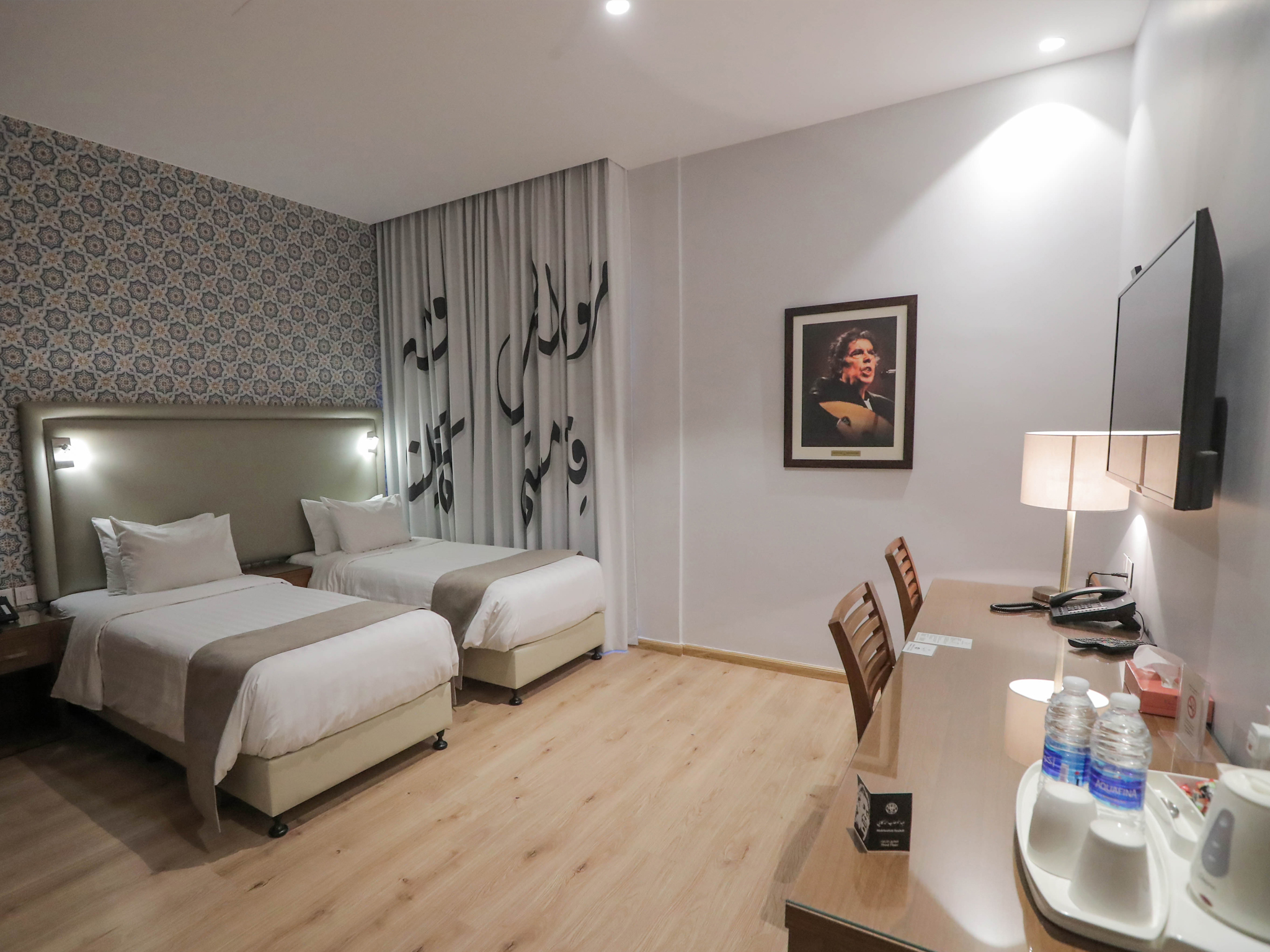 Abdel wahab Doukkali is a famous composer from Morocco known for his hit songs Telt El Khali and Ma Ina IllaBachar. Born in the 40’s into a conservative family of thirteen children, Doukkali had a hectic upbringing. Because of this, he was highly motivated and ambitious from an early age. He began his music career when he was 18, working in Rabat at Radio Television Maroc before moving to Casablanca to officially make his own music. Over his long-spanning career, Doukkali has become revered and treasured by the global music culture. He has received medals from two popes, John Paul II and Benedict XVI. To ensure his presence is felt within the room, the entire back wall is lined with authentic Moroccan tiles, imported for a novel touch