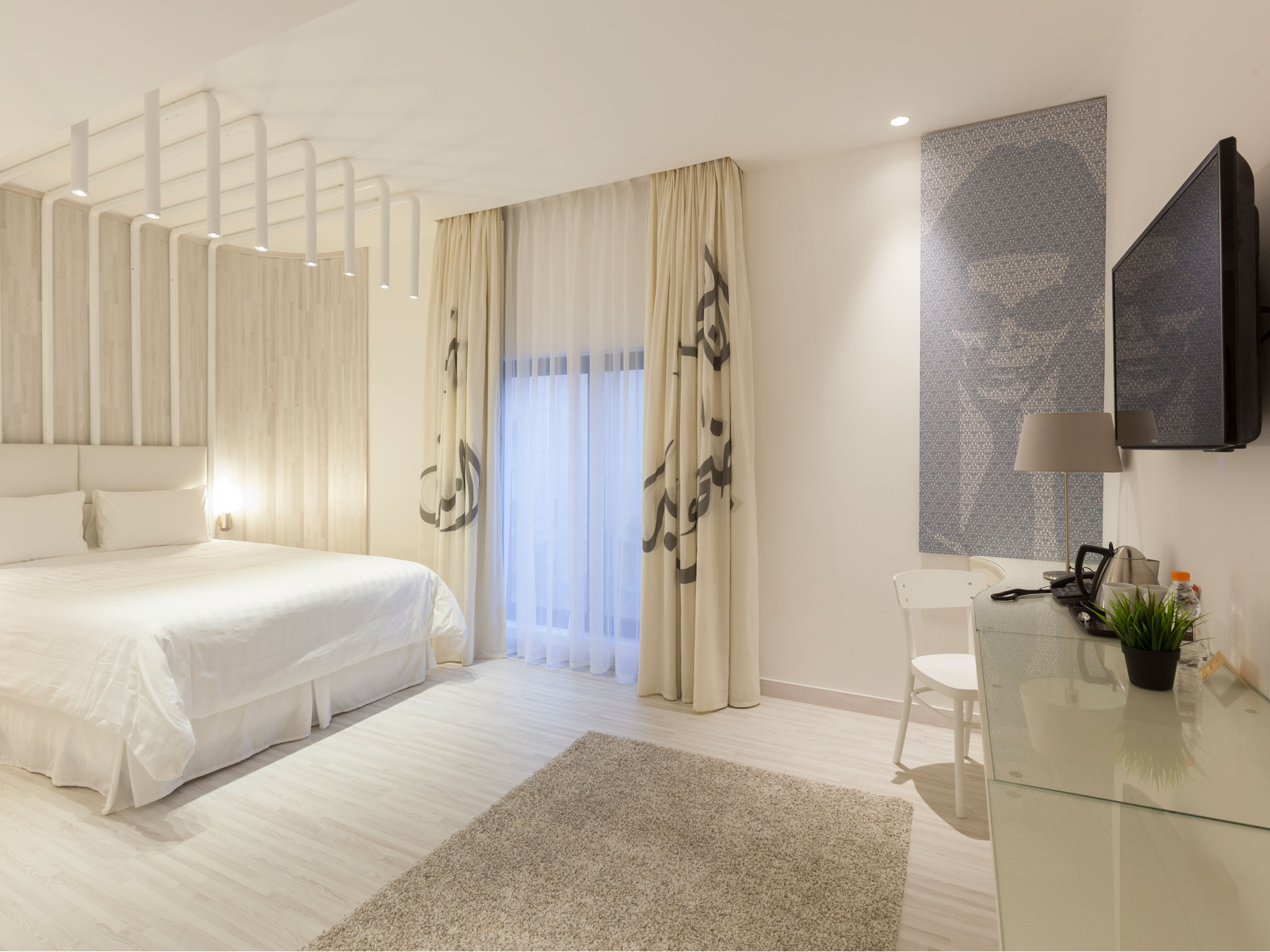 Al Shaikh Imam lost his vision as a child. Although a tragedy, it was an incident that enriched his musical ear and destined him to become singer and composer. White is, therefore, the only color in room, as it is all blind people can see. Furthermore, the room consists of several textures and round furniture, as both are important to help a blind person maneuver. Al Shaikh Imam composed traditional street music to express a disdain for the government and lament about political conflict and a disregard for civilian rights. He sang and composed lyrics that were written by his friend Ahmad Fou’d Najem, a patriotic poet. Because he was singing political songs that painted the government in bad light, Al Shaikh Imam ended up in prison. The government did not want these simple street songs to reach the people, afraid a revolution or uprising would follow. However, the prison did not prevent his songs from reaching the rest of the Arab world and that is metaphorically represented through the broken prison bars in the room design.