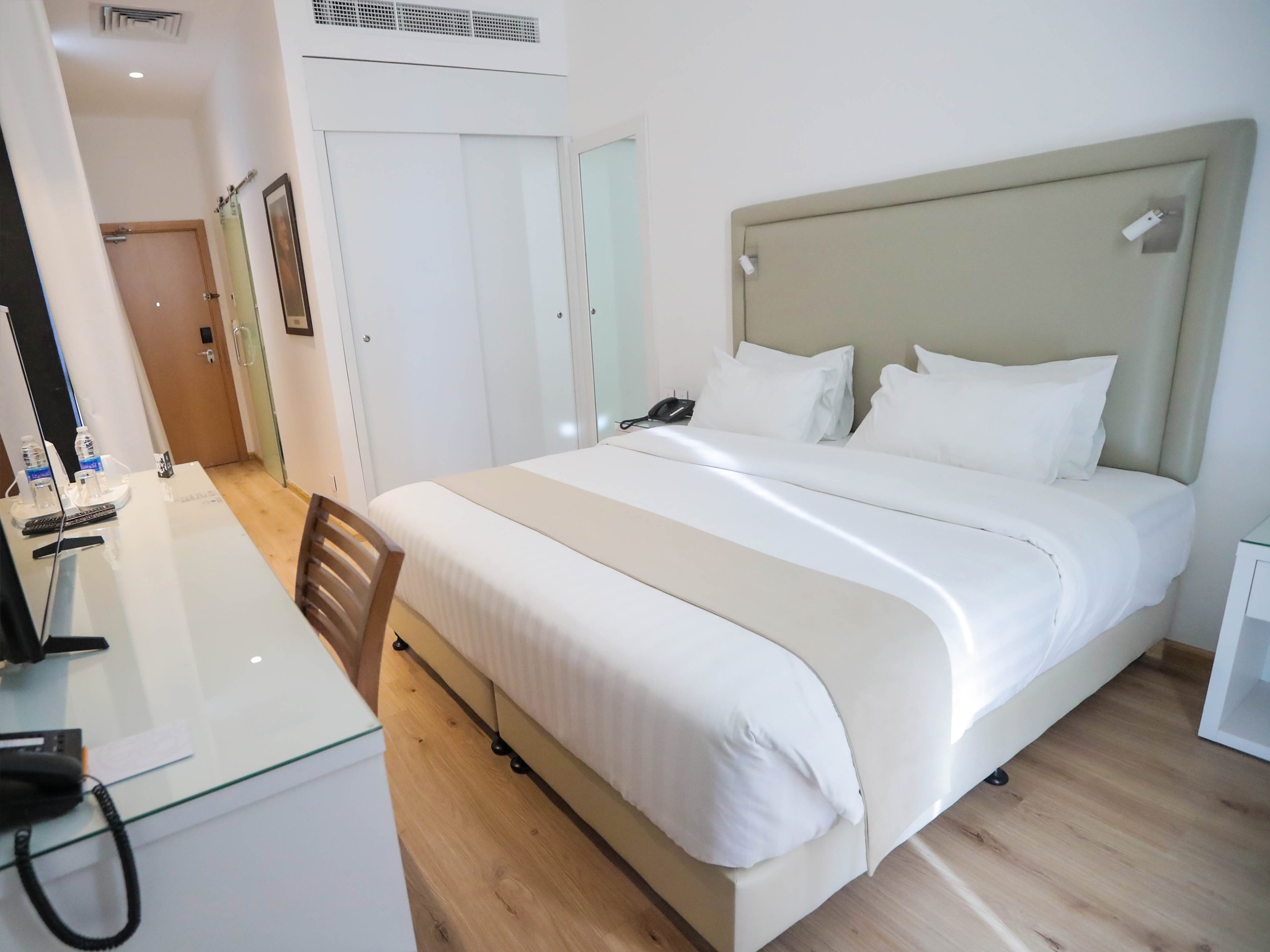 Wadih El Safi is a household Lebanese name who is considered one of the pioneers of his nation’s music. During his long life, he was professionally singing for a whopping seventy-five years, making him the longest running solo act in Lebanon ever. Known for his innovation, El Safi elevated the music of his era by contributing an entirely new sound of his own. Although he has recorded over five thousand songs in his lengthy career, El Safi was also renowned for mawawil, a singing style all about improvisation. The room has an almost exclusively all-white color scheme to evoke the same pureness his distinguishable clear vocals did.