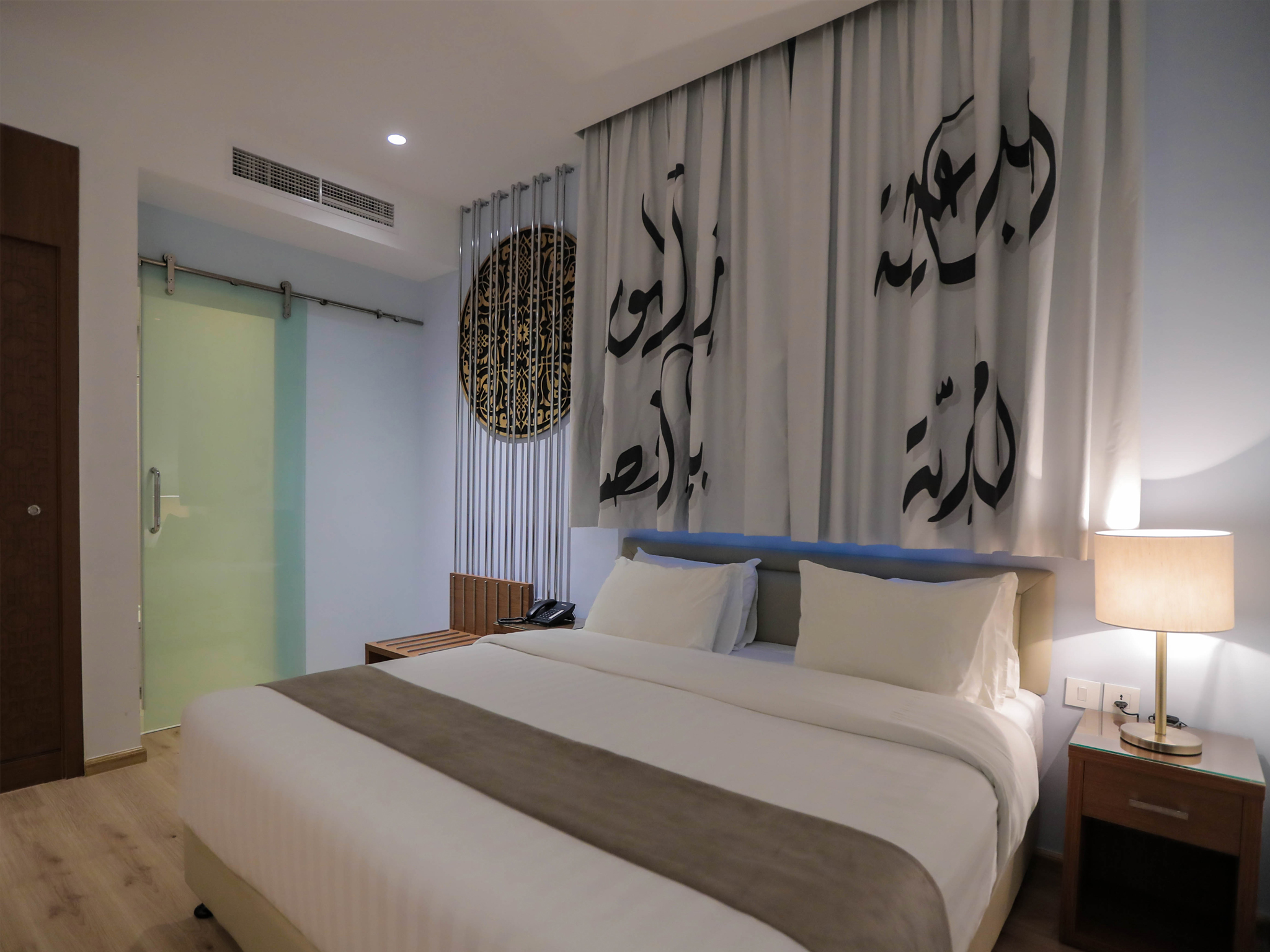 This Egyptian singer and composer started his career at a very early age, having made his first recording at just thirteen years of age. He has composed almost 2,000 songs; through which he was able to push Egyptian music forward with his unconventional approach. He often employed popular Western rhythmic patterns (such as the Waltz) in combination with traditional Arabic productions to find new sounds. Although undoubtedly influential to modern Arabic music, he was criticized for his Western inspirations. Abdel Wahab is also recognized for his myriad of nationalist works, composing both the Libyan and Tunisian national anthems. A virtuoso on the oud, we pay our tributes to the musician with a wall fixture that imitates the strings of the instrument. Furthermore, all wooden pieces in the room are etched with traditional Egyptian patterns to reflect the strong ties to his heritage.